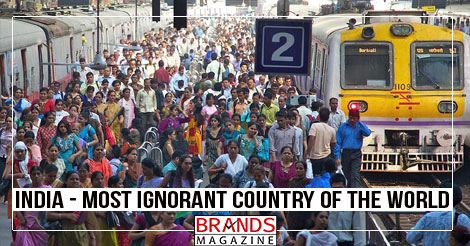 Survey Reveals India Is the Most Ignorant Country in the World

India has been ranked as the most ‘ignorant’ country in a 2016 Ipsos MORI Perils of Perception survey released on Wednesday where respondents from 40 countries were surveyed on their perceptions tested against reality. In 2015, India was ranked second after Mexico.

For India, the sample size included 500 individuals aged 18 to 64, who was polled from September 22 and November 6. The index was calculated based on the magnitude of error between the average guess and the real number for five factual questions.

In one of the questions, Indians mistakenly thought that Muslims make up twice as much (28 percent) of the population than they actually do (14.2 percent). In India, respondents thought that more than one of every three people in 2020 would be Muslim, while the actual share is likely to be less than half of that at 15.4 percent. But India was not alone as several developed countries were way off in their estimates. This year, China, Taiwan, South Africa and the US followed India and also included Brazil, Thailand, Singapore, Turkey, Indonesia and Mexico. 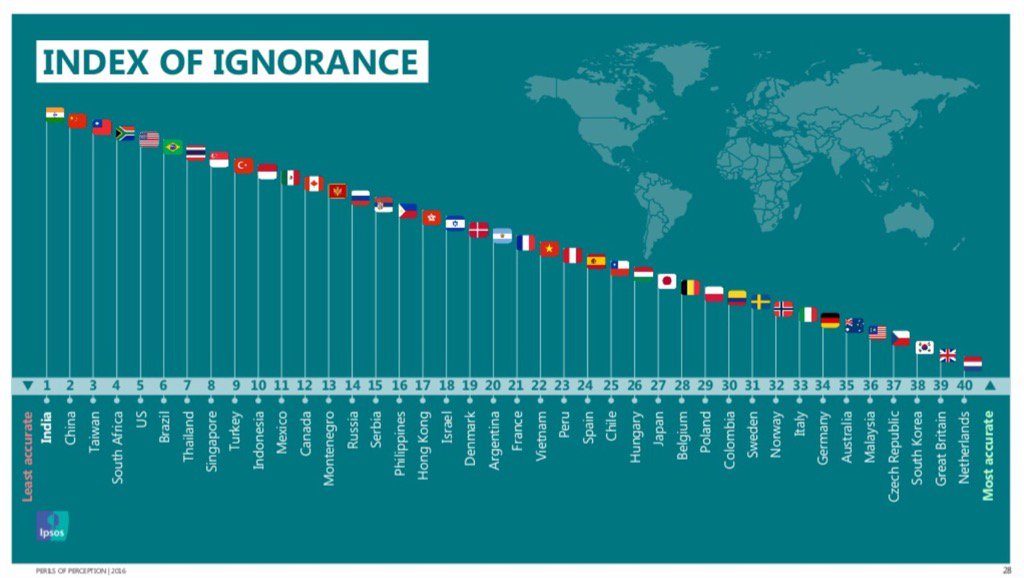 The Indians were also wrong in guessing the share of GDP invested by their government on health care. Though spending has been less than five percent of the GDP, the estimates of the survey respondents inflated it at 23 percent.

The Indians were also the most misinformed when it came to guessing the share of wealth held by the country’s rich and poor. While the respondents’ average guess about the poorest 70 percent Indians household wealth was pegged at 39 percent, the real answer is only 10 percent.

The Indians were also incorrect in guessing the share of Indians who own their own homes. While the actual figure is 87 percent – driven largely by the fact that renting is rare in rural India and among non-migrants – the Indians surveyed this figure was 44 percent.