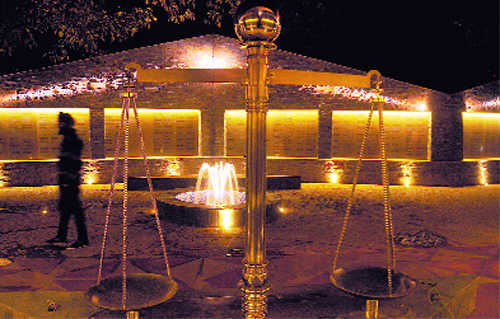 The 1984 anti-Sikh riots memorial, embroiled in controversy during the UPA government, has been constructed at a cost of Rs 2.25 crore in an area of 2500 sq mt on the premises of Gurdwara Rakab Ganj. 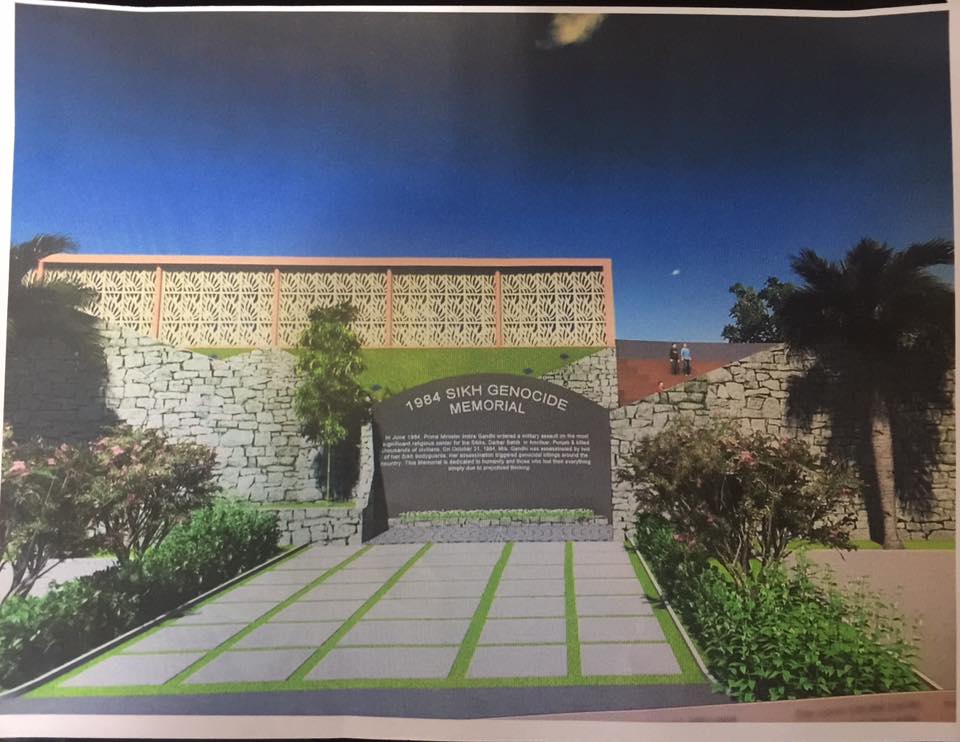 The memorial that was one of the issues in the manifesto of the Shiromani Akali Dal in the Delhi Sikh Gurdwara Management Committee (DSGMC) election in 2013 is completed. It can be inaugurated any time, said Tanvant Singh, former DSGMC vice-president who is in-charge of the construction work.

The floor area of the memorial is 1705 sq mt, the length of the zigzag wall on which the names of 1984 deceased were engraved has a size of 110 sq mt. The names are engraved in an area of 616 sq mt.

A total number of 3,000 names are engraved. The wall also has names of soldiers who were killed in trains during the riots. 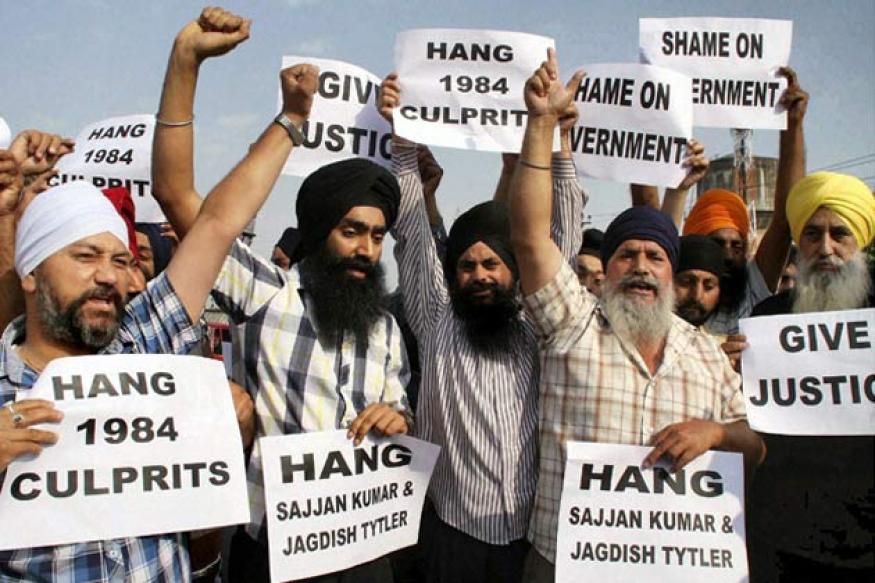 The wall has statements of three personalities – Justice S. M. Sikri, a foreign secretary and another person who had criticized the riots.

The wall is constructed in a zigzag manner, giving a scene of narrow streets where Sikhs were killed.

The memorial has three gates. The main gate is opened on Rakab Ganj Gurdwara Road, bearing the words ‘The Memorial’, the second gate is on the east side where the light is fixed showing red color depicting blood and the third gate is on the south side near the Lucky Shah Vanjara Hall.

The memorials also have four sculptures – humanity, equality, humility and tolerance. It also has an open air theatre.